Gatz is a human prince. He is heir to a kingdom nestled deep in a glen carved from a massive fissure in the earth.

While blessed with many daughters, the royal family had long awaited a male heir. When the prince was born at last, he found himself surrounded by sisters who cherished and adored him.

But as the days passed, they began to vanish one by one. The last to remain was a sister nearly the same age as Gatz and one with whom he was particularly close. Then she, too, disappeared.

No one knew their whereabouts. Gatz lamented his sisters' fate, wishing he had never been born.

But a boy destined to lead his country is not allowed to be maudlin. Gatz had no one in whom he could confide his misery.

From that day forward, he devoted every waking moment to becoming a worthy king.

The royal house had passed a certain relic down through the family for generations, but no one had ever mastered its use.

Gatz was the first. His tireless efforts were all for the sake of finding his sisters one day--and his dedication paid off handsomely when he discovered a certain feature:

The relic could track down members of the royal family.

In truth, this heirloom was originally a weapon designed for assassination purposes by a group hostile to the kingdom.

Gatz now felt only gratitude for the fearsome weapon. 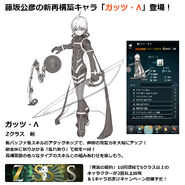 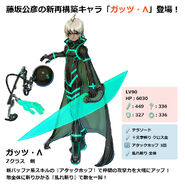